Opposition side is not made up of racist people - Biman Prasad

Opposition side is not made up of racist people - Biman Prasad 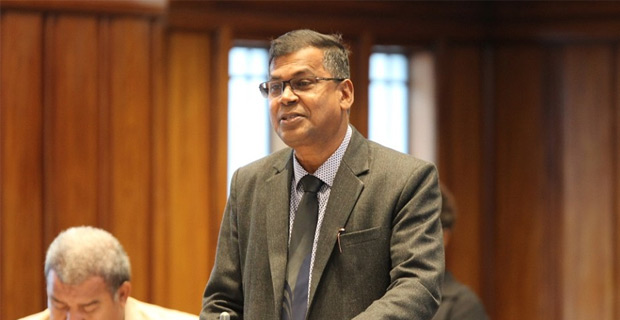 National Federation Party Leader Professor Biman Prasad has today stated in Parliament that Members of the Opposition are not racist people.

He said this after SODELPA MPs, Inosi Kuridrani and Niko Nawaikula had questioned why the government continues to provide assistance to the sugar industry and not other agricultural commodities.

SODELPA MP Inosi Kuridrani had moved a motion to increase the allocation for Yaqona Farming Development from $700,000 to $1 million. Kuridrani says the reason the allocation needs to be increased because majority of the farmers planting yaqona live in rural and isolated areas and these farmers cannot access financial assistance from Fiji Development Bank and other financial institutions.

Kuridrani says these farmers need farm access roads, farming materials and allocation is not enough to cover all farmers around the country. Another SODELPA MP Niko Nawaikula made a comparison and said the government gives millions for cane access roads every year but the same allocation is not given for access roads for other commodities.

He says there are many yaqona farmers that need assistance but are not receiving it from the government.

Minister for Economy Aiyaz Sayed-Khaiyum says they know a yaqona farmer in Vanua Levu who made close to $2 million in one harvest and there is no way a cane farmer can make that kind of money in one harvest. Kuridrani’s motion was defeated in Parliament.