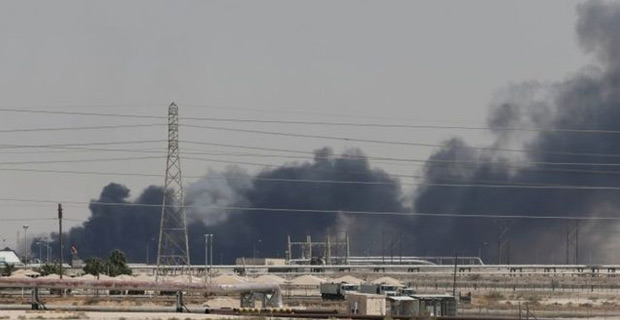 Oil prices hit their highest in four months after two attacks on Saudi Arabian facilities yesterday knocked out more than 5% of global supply.

Prices eased back slightly after US President Donald Trump authorised the release of US oil reserves.

It could take weeks before the Saudi facilities are fully back on line.

State oil giant Saudi Aramco said the attack cut output by 5.7 million barrels per day, at a time when Aramco is trying to ready itself for what is expected to be the world's largest stock market listing.

The drone attacks on plants in the heartland of Saudi Arabia's oil industry included hitting the world's biggest petroleum‑processing facility.

The US has blamed Iran.