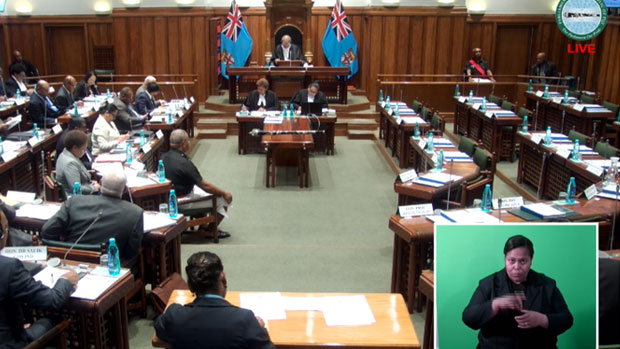 There is no confirmation on when the SODELPA and National Federation Party parliamentarians will return to parliament.

When asked by Fijivillage on Government Whip, Alvick Maharaj   labelling Professor Biman Prasad a puppet and  Prasad and NFP following Sitiveni Rabuka and SODELPA like their tail, Prasad said he will respond at the end of the week.

The opposition was not in parliament today as we were told that they did not get any response from the Speaker on his decision on the rejection of the opposition’s petitions.

Some of the SODELPA and NFP parliamentarians decided to visit the exploration site at the Sigatoka River Mouth after the petition raised by SODELPA MP, Viliame Gavoka was rejected by Speaker, Ratu Epeli Nailatikau.

Parliament continued today with no opposition members in the house.

The Speaker had said before adjourning parliament yesterday afternoon that he hopes the opposition would be back in parliament today.