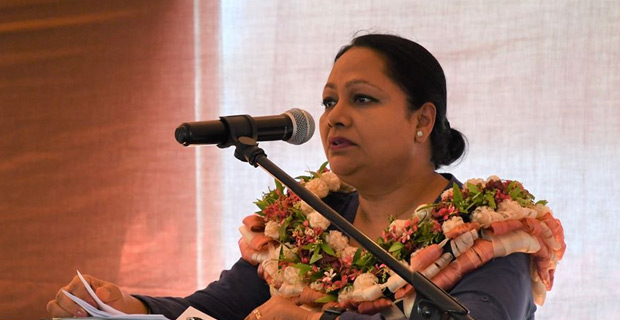 Over $31 million is owed by ratepayers to the municipal councils around the country, and there will be no amnesty period for ratepayers to pay their overdue rates.

This has been revealed by the Minister for Local Government, Premila Kumar during the Special Administrator’s Forum held at Novotel, Lami.

The Minister has also confirmed that each municipality will undertake a valuation exercise next year that must be completed by 2021. They will then fix the rates to be paid.

Kumar says that it is quite disappointing to see particularly for the Suva City Council that ratepayers are barely paying 2 cents for every garbage collection made per day.

She adds that the rates were set for Nasinu Town Council 19 years ago when Nasinu was declared a town.

Kumar adds that this is why Nasinu, being one of the largest municipalities, is one of the poorest councils.

The Minister further says that it has always been easy just to declare an amnesty period and whatever is collected is fine because the ratepayers will get the amnesty period again next year and municipalities need to come out of this habit.

She has refused to present any such paper to the cabinet for approval.

Kumar wants to see the strategies of the municipalities as to how they will recover money owed to the council.

The municipal councils are taking up a rate profiling exercise where they will get to know which ratepayer is owing rates and why they are not paying rates.
Kumar says the municipalities can then come up with plans as to how the ratepayer can pay their overdue rates.

Reserve Bank of Fiji Governor, Ariff Ali has suggested that the Credit Information Reporting Agency PTE limited is also an option for the municipalities where information of any ratepayer who owes more than $300 to the council will be entered and this will have an effect on their credit rating.