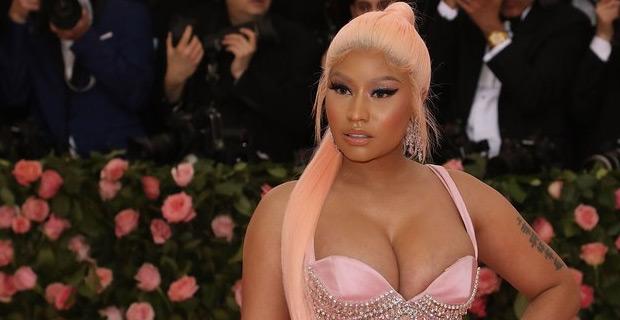 Rapper Nicki Minaj has cancelled a scheduled performance in Saudi Arabia next week citing her support for the rights of women and the LGBT community.

BBC reports her headline billing at the festival in Jeddah triggered an outcry from critics of the country's human rights record.

I’m tired of my fans sending me DM’s saying they want to commit suicide. You guys will never know the things my fans express to me privately. It would break me if even one of my fans were arrested, or BEATEN for expressing themselves. God is LOVE. NO disrespect to the Saudi govt

Others questioned how her revealing outfits and explicit lyrics would go over in the ultra‑conservative kingdom.

Saudi Arabia has been trying to ease restrictions on entertainment and to encourage growth in its arts sector.

In a statement, Minaj says after careful reflection she has decided to no longer move forward with her scheduled concert at Jeddah World Fest.

She says while she wants nothing more than to bring her show to fans in Saudi Arabia, after better educating herself on the issues, she believes it is important for her to make clear her support for the rights of women, the LGBTQ community and freedom of expression.

Fiji Labour Party Leader, Mahendra Chaudhry has questioned the presence of the Economy Minister, Aiyaz Sayed-Khaiyum at Natabua High School on ... 8 hours ago