Newly renovated Vodafone Arena re-opened by PM with an investment of $16.8M for renovations 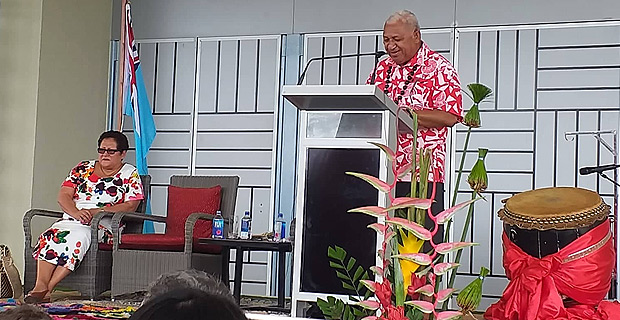 The newly renovated Vodafone Arena has been re-opened by Prime Minister Voreqe Bainimarama with an investment of a total of $16.8 million for the renovations.

The Fiji Sports Council has expanded its inventory to include an international volleyball and netball court.

Speaking at the opening, Prime Minister Voreqe Bainimarama says not too long ago the success of Fijian athletes came with the use of equipment that was not up to standard.

Bainimarama says, as a result, Fiji missed out on the opportunity to host large sporting events in Fiji and as a result of many talented Fijians also missed out.

He says as of today every Fijian can be proud to have another world-class sporting facility.

The Prime Minister adds this is the second time this week that history has been created as earlier this week Jerry Tuwai won the 2019 World Rugby Men's 7s Player of the Year Award.

Fiji Sports Council CEO, Litiana Loabuka says the reason the project was delayed was that they have built it to seismological standards.

She added the project has been funded by the Fijian Government and ANZ who is their major financier. The renovation project was carried out by contractor Yan Jian, from the People’s Republic of China.