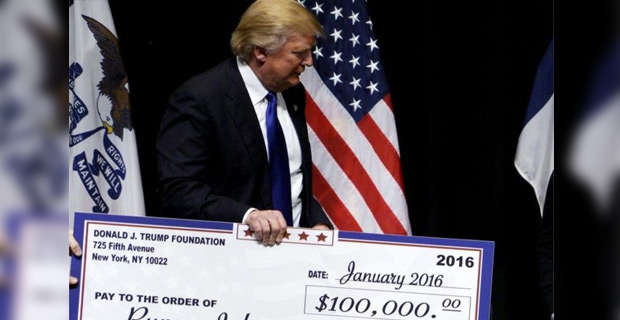 A New York judge has ordered President Donald Trump to pay $2m for misusing funds from his charity to finance his 2016 political campaign.

The Donald J Trump Foundation closed down in 2018 after prosecutors accused it of working as "little more than a chequebook" for Trump's interests.

The judge ruled Charities such as the one Trump and his three eldest children headed cannot engage in politics.

She said the money must be paid by Trump himself.

The Head of the Catholic Church in Fiji Archbishop Peter Loy Chong says the church will be issuing a formal statement tomorrow in response to allegati... 46 minutes ago
LATEST NEWS

Three people who were involved in a car accident in Caubati, Nasinu this afternoon are undergoing medical treatment at the CWM Hospital. Two ... 34 minutes ago

Prime Minister Voreqe Bainimarama stresses that leadership lacks compassion in all sectors. Bainimarama highlighted this while speaking to the ... 38 minutes ago