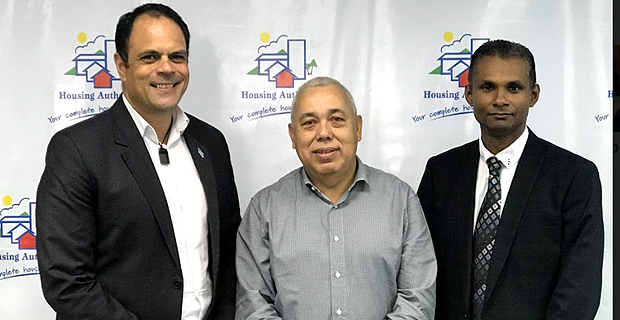 The new CEO of Housing Authority, Robert Sen has stressed he will be looking at policies that need to be changed in order to make housing more affordable in a few months time.

He says changes have to be made in order to achieve Housing Authority's target to provide affordable housing.

Sen adds it will take the right mindset to achieve this and he will be starting with very simple things.

He says he is a great believer in terms of personalities such as honesty, integrity and teamwork rather than processes adding a single person cannot run an organisation.

Sen highlighted that looking back, five or ten years development was centered in urban areas.

He says now it is moving away from the main centers due to developments such as more supermarkets and hospitals.

Housing Authority Chairman Nesbitt Hazelman says they aim to provide 1000 pieces of land to their customers every year.

He adds that a survey is first conducted to find out if people are willing to live in a certain area before the decision to develop land is made.

We will have more this afternoon.