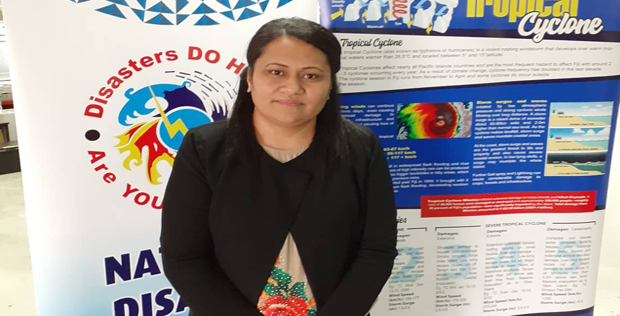 The National Emergency Operations Centre has been activated to prepare for the weather system which is forecast to move through the Fiji Group from later tomorrow.

National Disaster Management Office Director Vasiti Soko says they have briefed the Acting Prime Minister Aiyaz Sayed-Khaiyum on the situation and have also updated him on the preparedness measures taken.

Soko says the police and the military are also on stand by if the need arises.

She is once again urging people to take necessary measures to ensure they are secured.

Soko also adds that if people are unsure about their nearest evacuation centre or need assistance with evacuation then they can call the Divisional Emergency Operations Centre on 3319250 or their nearest police station.

Soko also adds that their team will be going to Lau Group with supplies and food rations after this system passes.

Soko says this decision has been made in consultation with their officers on the ground who have assured the office that they have enough supplies to sustain them.

She says they had initially planned to deploy 80 officers to the group but they cannot afford to do that now as another system is approaching.

Soko says they are still waiting for reports from other stakeholders who returned from Kadavu last week on the effects of Tropical Cyclone Sarai on the island.

The results for all 24 players that were tested for marijuana, methamphetamine and cocaine use during yesterday’s group matches at the Punjas ... 34 minutes ago