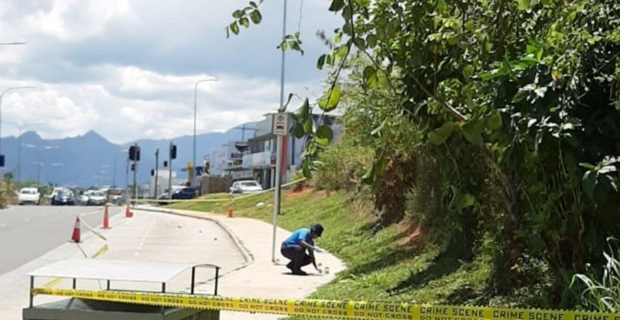 Police have arrested the driver of the vehicle involved in the fatal hit and run accident in Namaka in Nadi at around 11 o'clock last night.

The driver who abandoned the vehicle at a hotel car park is currently being questioned at the Namaka Police Station.

He allegedly hit a police officer who passed away at the scene.

Police say the man was crossing at the Namaka traffic lights when he was allegedly hit by the vehicle.

The road death toll currently stands at 41 compared to 59 for the same period last year.