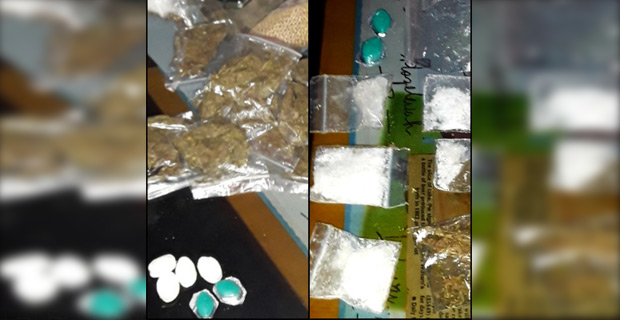 48-year-old, Venkat Naidu and his 54-year-old wife, Elenoa Cagimatalailai who were allegedly found with 10.5 grams of methamphetamine and 2.8 grams of marijuana in Solovi, Nadi have been remanded in custody.

Naidu and Cagimata-lailai who are with one count of unlawful possession of illicit drugs appeared in the Nadi Magistrates Court this afternoon.

They were arrested during a raid conducted last Thursday where a plastic bag containing methamphetamine and marijuana were discovered.

The case has been adjourned to the 11th of next month

A 57-year-old labourer who allegedly raped his 4-year-old step-granddaughter in Ba has been charged with three counts of rape and will appear in the B... 49 minutes ago
LATEST NEWS

Ten people were arrested for breaching the nationwide curfew from 10 o’clock last night to 5 o’clock this morning with one suspect possibly ... 30 seconds ago

A Police officer has been charged with Failure to Comply with Orders after allegedly breaching the curfew over the weekend. During the curfew ... 2 minutes ago

Police in the US are struggling to control arson, damage, and looting following the death of George Floyd in Police custody. In the video footage, ... 15 minutes ago

Good progress is now being made by the Nasinu Town Council to clean up the piles of rubbish which has been building up in the Nasinu area in recent ... 36 minutes ago