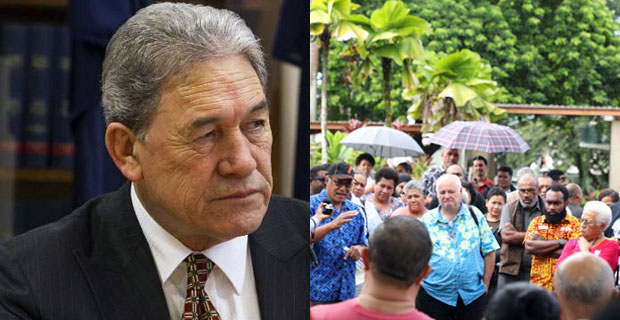 New Zealand's Foreign Minister Winston Peters says his government is asking for explanations about alleged mismanagement at the University of the South Pacific.

This comes after news of claims of mismanagement and questionable staff appointments over several years have been referred to the Fiji Independent Commission Against Corruption.

Peters says New Zealand is talking to its partners across the Pacific and watching developments.

Meanwhile, the USP Council earlier revealed that a separate independent investigation will now be conducted into allegations of abuse of office against some current and former staff of USP.

The report was put together by USP’s new Vice Chancellor Professor Pal Ahluwalia.

Details on who will carry out that investigation and when it will start have not been revealed with the USP Council only saying it will provide further updates to the University community in due course.

The USP Council also says that it supports the investigation currently being undertaken by FICAC.

The report details allegations of quick appointments and contract renewals for some senior members of the university ‑ many of them work at the Laucala campus in Fiji.

It also details alleged breach of policy in past financial decisions as well as questionable promotions and questionable allowances for some staff.