NFP lodges application to march on Fiji Day for Tikoduadua

NFP lodges application to march on Fiji Day for Tikoduadua 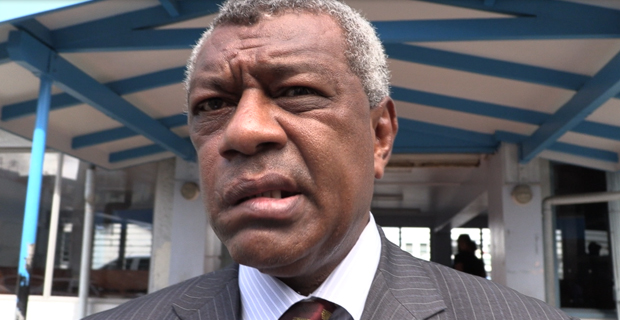 The National Federation Party says it has lodged an application for a permit to march next Thursday on Fiji Day to highlight the continuous delay in the conclusion of the investigation into the alleged assault of NFP President Pio Tikoduadua by Prime Minister Voreqe Bainimarama.

In a statement, NFP General Secretary Seni Nabou says the permit application was lodged with the Divisional Police Commander Southern on Wednesday.

She says the application to Police is for a permit to allow a maximum of 5,000 NFP members and supporters to march through Suva City from Rodwell Road to Constitution Avenue.

Nabou says they have also written to the Fiji Roads Authority seeking permission to use the route from Rodwell Road to Constitution Avenue next Thursday.

On the 23rd of last month, Police advised Tikoduadua that the Director of Public Prosecutions has returned the investigation file of Tikoduadua’s complaint that he was allegedly assaulted by the Prime Minister on August 9th this year.

The DPP has directed that Police should conduct a further investigation.

The government developed two web platforms through the Geographic Information System (GIS) to better plan and mobilise resources during the COVID-19 ... 53 minutes ago