He says that for over a hundred years, Hindi has survived in the country because it has always been taught in primary school and anyone who understands that would not want to dilute the teaching of the language in any way.

He adds that if Mirchi FM wants to continue to defy the listeners who have expressed their views against the use of Fiji Hindi and Fijian Broadcasting Corporation which is funded by the taxpayers, wants to ignore the overwhelming opinion of people then they would be swimming against the tide and they can drown themselves there.

Meanwhile, Fiji Labour Party Leader Mahendra Chaudhry has condemned Mirchi FM’s stubborn determination to continue to use Fiji Hindi as the medium of its programs despite widespread opposition from the Hindi speaking people of Fiji.

Chaudhry says FBC is funded by the ratepayers and it has the responsibility to take on board public sentiment and they cannot simply ignore how people feel about such policies.

He says that he is not impressed with any justification given so far by Mirchi FM in its defence of this position.

He also says what Mirchi FM is doing is effectively, and it seems now, deliberately setting out to dilute the Indian culture.

Chaudhry adds language is an integral part of ones culture and traditions.

He says that as a medium of expression, proper Hindi is essential for an understanding of religion, religious texts and practices and of Hindi literature writings and the arts.

The FLP leader says Indians in Fiji are daily exposed to the use of proper Hindi through Indian movies, television and serials, news telecasts, the reading of Hindu religious texts and religious practices and it is not a foreign or strange language.

He adds to take Mirchi FM’s argument to its natural conclusion, is  it now also going to use the corrupted form of English used in Fiji. Chaudhry also adds that on the same token, a lot of people in Fiji do not speak the Queen’s English, they instead speak a Fiji version mixed with bits of both the local vernacular.

He also says that one would expect FBC to stop discriminating and start using Fiji English in its radio stations.

Fijian Broadcasting Corporation has stressed that they will continue broadcasting in Fiji Hindi on their station, Mirchi FM as that is what their listeners understand, want and enjoy while opponents of the change, the Hindi Parishad says they will decide on their next step after their meeting.

Although calls have been made by the Parishad for the radio station to stop broadcasting in Fiji Hindi and to use formal standard Hindi, FBC CEO Riyaz Sayed-Khaiyum says they were experimenting with Fiji Hindi on the station more than a year ago and not a single complaint was received from people or any political party or organisation. 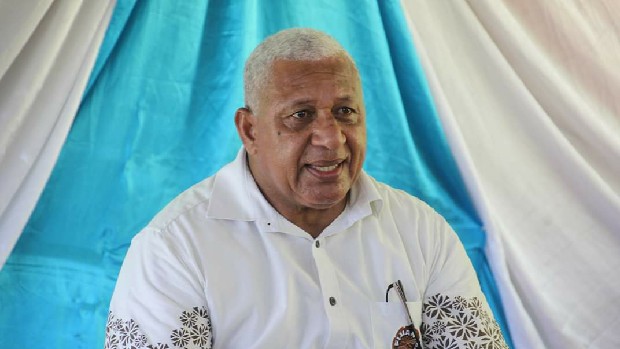 FBC CEO Riyaz Sayed-Khaiyum says the decision to switch to Fiji Hindi on one of their radio stations has been done at the behest of their listeners, and those complaining are not Mirchi demographic listeners.

The Secretary of the Hindi Parishad Fiji, Jainan Prasad says they are raising serious concerns about Fiji Hindi being spoken on Mirchi FM as their primary market is the youth.

He also says that they want the youth to learn and speak formal Hindi and not get influenced by Fiji Hindi spoken on the station.