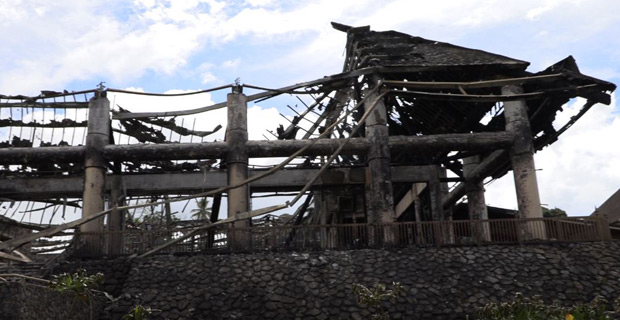 The National Fire Authority is working with the police to investigate the fire that destroyed the Vale ni Bose building formerly known as the Great Council of Chiefs building at Queen Elizabeth Drive in Suva early yesterday morning.

NFA Chief Fire Officer, Qionilau Moceitai confirms that they are questioning people and will not be able to give any other information until the investigation is completed.

He says they are also still at the scene with police officers and trying to determine the cause of the fire.

Moceitai had earlier said that their investigation has started to determine whether there was a security guard at the building when the fire started.

The Suva Fire Station was alerted of the fire at the iTaukei Trust Fund Complex at 3.40 am and the fire crew had responded within 6 minutes.

The Acting Permanent Secretary for Health, Doctor James Fong says the 66-year-old man who tested positive for COVID-19 after returning from India does... 6 minutes ago
LATEST NEWS