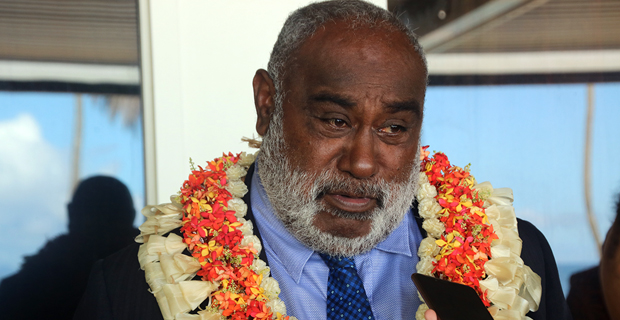 Minister for Fisheries, Semi Koroilavesau says his Facebook post about convicted rapist Amenoni Nasilasila is his personal view and must not be construed as the opinion of the government or the FijiFirst Party.

In that Facebook post, Koroilavesau said Nasilasila is still in the Correctional Facility and under the direct supervision of that institution.

He also said he believes the region needs to be more worried about other important matters that is Rugby.

Koroilavesau further said Nasilasila is serving time and the Fiji Corrections Service is better equipped to deal with their issues.

He said he does not expect the Fiji Corrections Service to talk about Regional Rugby as they are not equipped to deal with the issue.

In response to questions by Fijivillage, Koroilavesau says he is expressing his personal views in that post on Facebook.

Koroilavesau also said he only expressed that he supports the Yellow Ribbon Program and giving people a second chance.

Koroilavesau had directed these comments towards a statement by Oceania Rugby which was extremely disappointed that Nasilasila was connected with an unofficial Oceania 7s scrimmage session between the Warden 7s team and the Tuvalu 7s team last Tuesday.

Nasilasila took part in this scrimmage session only five days after being sentenced to 8 years imprisonment by the Lautoka High Court.

Fiji women's rights groups say these actions by the Fiji Corrections Service send a dangerous message to the public that perpetrators of sexual violence will not be held to account, especially when they have national sporting achievements.