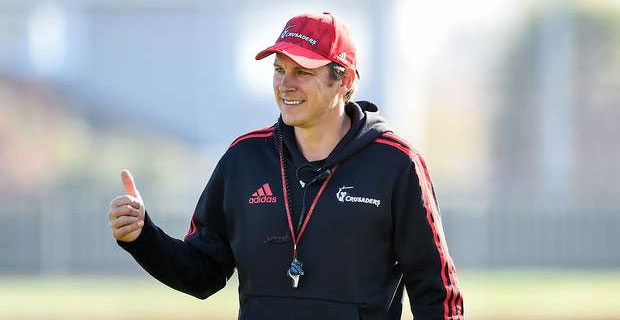 Mooar is four months into his three-year contract as Scarlets head coach and the NZ Herald understands the club expects "significant compensation" from New Zealand Rugby before they will agree to a release.

Scarlets are understood to be annoyed about discovering Foster's approach to Mooar via the media.

Former Crusaders assistant Mooar has made a big impression since arriving and guiding the West Wales club to seven wins in his first 10 matches in charge.

It's understood he has now requested to leave the club after finishing this season's Northern Hemisphere campaign - a timeframe that would allow him to join Foster for the All Blacks next series against Wales in New Zealand in July.

With the All Blacks, Mooar is expected to assume responsibility for the backs and attack and join Hurricanes coach John Plumtree, former All Blacks prop Greg Feek, defence coach Scott McLeod and skills coach David Hill under Foster.

The Mobile Command Unit manned by the Police Special Response Unit has been relocated from Daya Street in Vatuwaqa to Veiraisi Settlement in ... 47 minutes ago

The defence lawyer for a man alleged to have murdered his wife has made an application in the Suva High Court to view the copy of the statement made ... 54 minutes ago