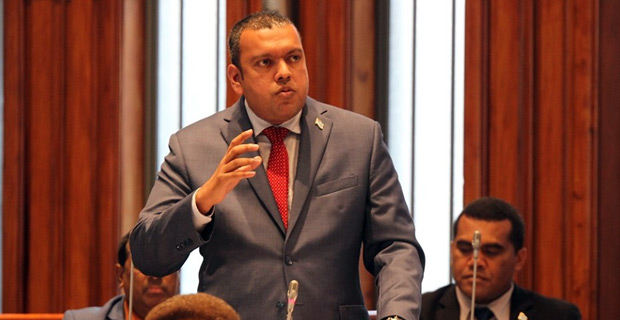 The Ministry of Land and Mineral Resources has sought legal advice on the possible grounds of charging illegal extractors of river gravel and sand.

Minister, Ashneel Sudhakar has told parliament there have been incidents where Police are only able to support the Ministry in issuing stop work order but cannot proceed to lay charges due to ambiguity of relevant laws which are under review.

He says six new positions for Natural Resource Duty Officers have been created with a budget of $110,000.

Sudhakar says the role of Natural Resource Duty Officers is to monitor river gravel and sand extractions and other natural resources under the administrative authority of the Ministry of Land and Mineral Resources.

He says they provide necessary support services to supervisors in relation to the administration and monitoring of such resources and to keep an update of royalty on such operations.

Sudhakar says the iTaukei Land Trust Board issues licenses for dry land pits and in collaboration with the Ministry, joint inspections by the two agencies are carried out to resolve any boundary disputes that may arise which may have led to illegal extraction.

He says many of these disputes concern flat plains as rivers naturally change formation overtime.