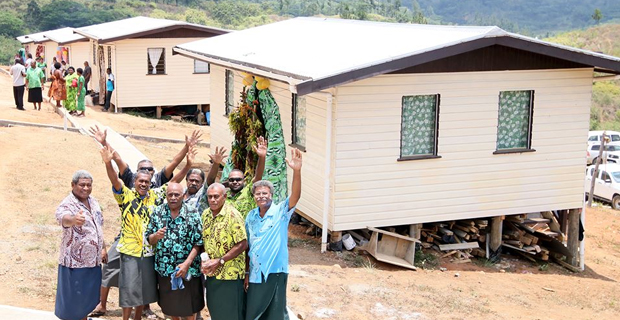 The Ministry of Housing had an increase in budget allocation for the 2018/2019 budget to fund Housing Authority and Public Rental Board so that there can be an increase in the supply of housing lots and low cost housing units.

PRB was allocated $1 million to subsidise the rental obligations of PRB tenants in all four divisions.

They were also allocated $2.3 million for the Simla Housing Development Project where funds have been allocated for the completion of the 36 single unit PRB flats in Kuata Street Lautoka to cater for the increased demand of rental housing.

There are now 1,636 rental flats around the country under the Public Rental Board.

The project in Lautoka consisting of 36 units is in progress and the project is fully funded by government with a grant of around $10 million.

Other housing initiatives by government includes the $7.38 million allocated to subsidise land development cost of two new sub-divisions of the Housing Authority in Nepani and Davuilevu.

This development is expected to deliver 476 affordable housing.

$250,000 has also been allocated for strata titles home ownership in partnership with Fiji National Provident Fund and to increase the stockpile of public rental housing through partnership with private sector.

$1.31 million dollars have been allocated under the Informal Settlement Relocation Programme to relocate 300 families which includes preparation for informal settlers living in Nabua Fiji Muslim League to be relocated to Wadra in Baulevu.

Minister for Economy Aiyaz Sayed-Khaiyum will deliver the 2019/2020 National Budget at 7.30pm tonight.

Stay with FijiVillage for continuous updates and coverage as to how the 2019/2020 National Budget affects you. We will tell you which taxes and duties go up or down and how the government services will be rolled out in the new financial year from August 1st.

You can also check out the live video coverage and updates of the budget on our website www.fijivillage.com and Facebook page: www.facebook.com/fijivillage/