Millions of people around the world hold global climate strike

Millions of people around the world hold global climate strike 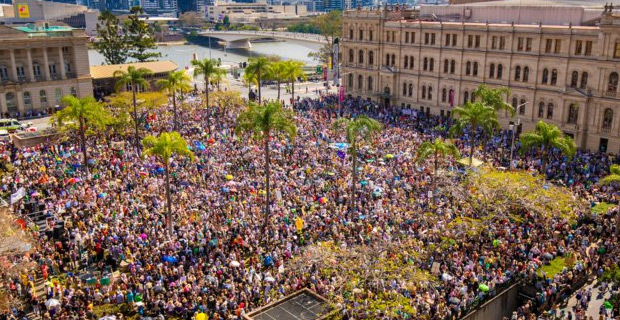 Millions of people around the world held a global climate strike on Friday, inspired by activist Greta Thunberg.

Protesters across continents waved placards and chanted slogans in what could be the biggest ever demonstration over global warming caused by humans.

The day began in the Pacific and Asia and culminated in a massive demonstration in New York.

It comes ahead of a UN summit next week at the organisation's headquarters in Manhattan.

Activists are demanding greater efforts be made at the meeting to tackle climate change.

Thunberg first started skipping school to protests against inaction on climate change in 2018.

Her actions have inspired schoolchildren and adults around the world to take up the fight.

Pacific island nations like Kiribati, the Solomon Islands and Vanuatu ‑ all threatened by rising sea levels ‑ kicked off the strike.

Posts online showed citizens chanting: "We are not sinking, we are fighting."