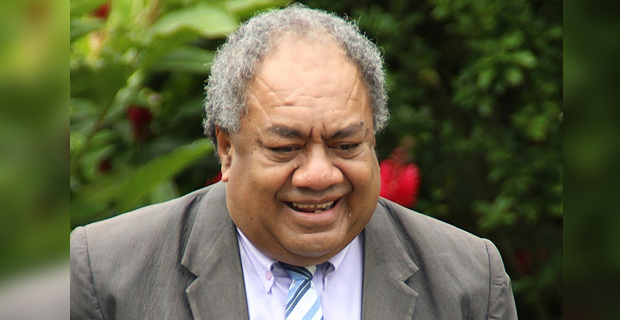 In an effort to combat substance abuse, the Methodist Church in Fiji has taken a stand to preach from the pulpit about the negative impacts it has in our communities.

He says the church has a department called the Christian Citizenship and Social Services that tries to find ways and means in addressing this issue.

Vakadewavosa says they also carry out discussions, workshops and visitations by their church leaders who work hard in trying to help people.

While speaking at the Leadership Fiji National Dialogue titled Substance Abuse – Let’s Talk About It! Finding a Fijian Solution, Minister for National Security and Defence, Inia Seruiratu says awareness and a whole of nation approach is critical in addressing Fiji's growing drug problem.

Leadership Fiji Chairman William Parkinson also adds that everyone has to tackle Fiji's growing drug issue together and we all know there is a problem in Fiji and it's time we all got together to talk and come up with a Fijian solution to drug and substance abuse.

Prime Minister Voreqe Bainimarama says he will never accept the idea that even one family or one person is left behind in the modern ... 26 minutes ago

Minister for Commerce Trade, Tourism and Transport, Faiyaz Koya says he has been informed that the Maritime Safety Authority of Fiji has taken ... 29 minutes ago

FICAC has confirmed that investigations are continuing in the cases where eight Housing Authority of Fiji former employees were allegedly involved in ... 31 minutes ago