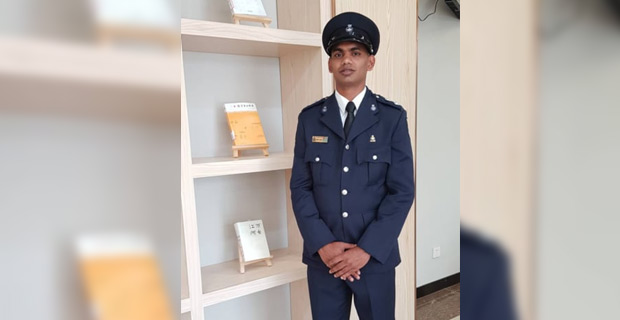 29-year-old Kavit Mani is now second Fijian Police Officer that has been given an opportunity to pursue a Bachelors Degree in Jiangsu Police Institute in Nanjing Jiangsu in the People's Republic of China. He is from Vunivau in Labasa and joined the Fiji Police Force in 2013 and completed the Officer Cadet Program in 2017.

Mani was studying the Chinese language at the Nanjing University last year and is now pursuing further studies at the Jiangsu Police Institute.

There are 9 other particpants from 6 different countries taking part in this course.

This is the second Bachelors Program Study program offered to the Fiji Police Force by the People’s Republic of China.

Superintendent of Police, Fisi Nasario graduated with a Masters in Policing majoring in Narcotics from the Yunnan Police Institute earlier this year.

The studying opportunities have been facilitated by Fiji’s Ministry of Defence and National Security and China’s Ministry of Public Security as part of the ongoing policing cooperation between the two countries.