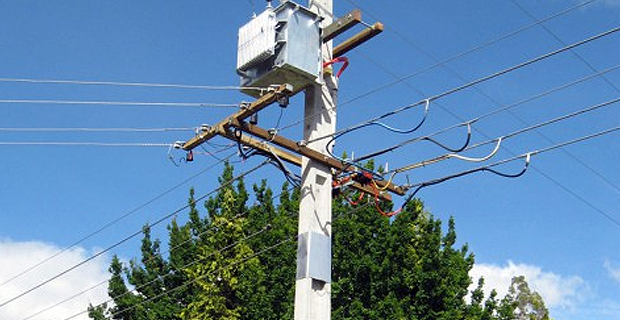 Energy Fiji Limited have stressed for the public to take extreme precautions when in the vicinity of power lines.

A man suffered an electric shock after a group of people were in the process of tying a banner from the EFL power post on one side of the road to another at Ratu Dovi Road across the Yasiyasi Road junction in Nadera.

The incident happened at around 2.30pm on Saturday.

Energy Fiji Limited says they have made numerous calls and created awareness for the public to take extreme precautions when in the vicinity of power lines.

One of the by-standers who had witnessed the incident notified EFL.

It is believed the victim of the electric shock had left the scene of the incident and probably went to seek medical attention.

This incident had caused a power disruption which the EFL teams had to repair before energising the affected areas.

EFL is urging members of the public, contractors and other stakeholders to ensure that they stay clear of EFL power infrastructure and banners, flags and any signage is strictly prohibited on the EFL power poles and near the power lines.

A Chinese fishing vessel which has been carrying a dead crew member from May this year is stuck out at sea. An agent of the vessel has told ... 51 minutes ago