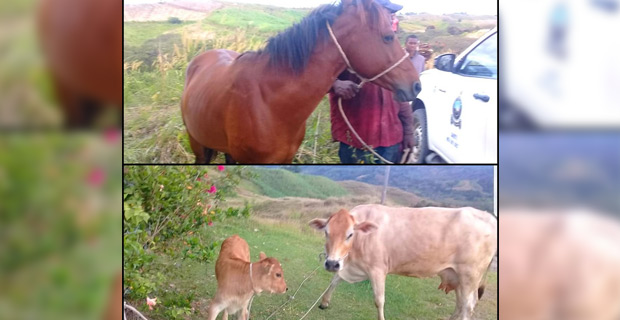 A man is in custody at the Sabeto Police Station after allegedly stealing livestock this morning.

He was arrested following a tip off from a member of the Sabeto Crime Prevention Committee.

Police say the suspect approached the member at his home in Keolaiya this morning and attempted to sell the livestock which was allegedly stolen from a farm in Sabeto.

The member was suspicious of the suspect's approach and called Sabeto Police where the livestock matched the description of a theft of livestock report lodged by another farmer this morning.

Police found the cow and calf and arrested the suspect.

All livestock have been returned to the two farmers.