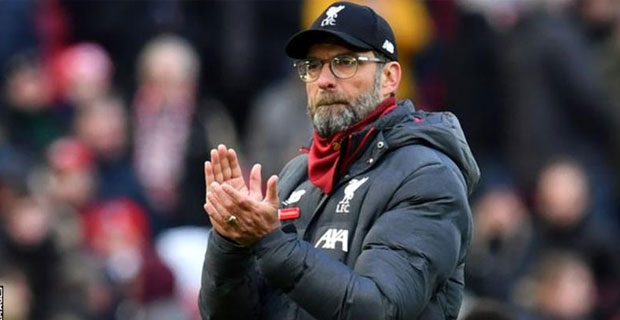 Liverpool boss Jurgen Klopp has forcibly rejected the idea that the UEFA Champions League could be expanded.

Following a 2-0 win against Watford in EPL this morning, the Premier League leaders will next face Aston Villa in a Carabao Cup quarter-final on Wednesday.

And less than 24 hours after that, they will play in a Club World Cup semi-final in Qatar.

Klopp says they have to cut off games not put more in.

Klopp will fly to Qatar with a senior 23-man squad while Liverpool's under-23s coach Neil Critchley is expected to take charge of a youthful side for Wednesday’s game at Villa Park.

Liverpool are among six Premier League clubs reportedly supporting plans to expand the UEFA Champions League group stage to 32 teams, a proposal which could apparently see the abolition of FA Cup replays and the removal of the second leg of the League Cup semi-final.

The Acting Permanent Secretary for Health, Doctor James Fong says the 66-year-old man who tested positive for COVID-19 after returning from India does... 41 minutes ago
LATEST NEWS

A Chinese fishing vessel which has been carrying a dead crew member from May this year is stuck out at sea. An agent of the vessel has told ... 26 minutes ago