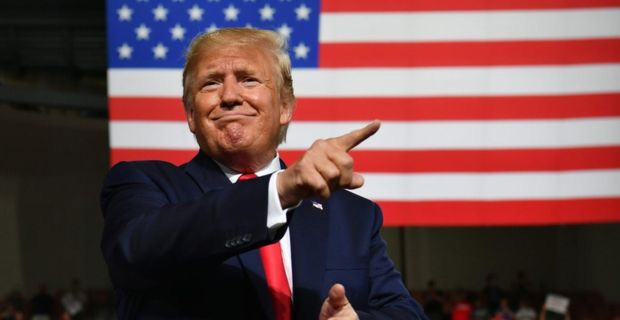 The lead Democratic prosecutor has accused President Donald Trump at his impeachment trial in the U.S. Senate of setting up a corrupt scheme to pressure Ukraine to help him win re-election this coming November.

Reuters reports that Trump sounded a defiant note, telling reporters in Switzerland that Democrats did not have enough evidence against him.

In his dealings with Ukraine, Trump solicited foreign interference to improve his chances in this year’s U.S. presidential election, Schiff said, laying out the main Democratic argument for why Trump abused his power and should be found guilty.

Democrats argue that Trump was trying to find dirt on Biden, a leading contender for the Democratic presidential nomination, and his son Hunter who had served on the board of a Ukrainian gas company, to help the Republican president win a second term.

Trump denies any wrongdoing and his fellow Republicans in the Senate say his behavior did not fit the description of “high crimes and misdemeanors” outlined in the U.S. Constitution as a reason to oust a U.S. president.

Trump is almost certain to be acquitted by the Republican-controlled 100-member Senate, where a two-thirds majority is needed to remove him from office. But the trial’s effect on Trump’s November re-election bid is unclear.