Lateef further remanded in custody until next Wednesday 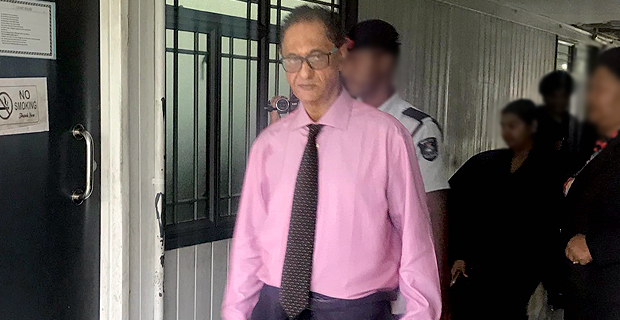 Police Prosecutor, Joshua Shaw has told the Suva Magistrates Court that former Suva lawyer, Shazran Abdul Lateef has no respect for the courts.

He made these comments before Chief Magistrate, Usaia Ratuvili while arguing that Lateef should not be granted bail.

Lateef is facing a count each of being found in possession of illicit drugs and breach of bail in his fifth case.

Shaw told the court that Lateef is facing four similar charges adding that despite these charges he has been brought to court again. He has been given bail in all these cases.

Shaw adds that the likelihood of Lateef re-offending is high.

Lateef’s lawyer, Filimoni Vosarogo says the drug was not found in Lateef’s bedroom adding it was found in a different floor of Lateef’s residence where other people reside.

Vosarogo says for the charge of breach of bail, Lateef has been charged in a case that has been discontinued.

He also informed the court that Lateef’s law license has been cancelled from the 2nd of April this year.

Vosarogo also says there was a breach of the 48 hour remand before charge rule by Police.

Police prosecutor, Joshua Shaw says they will make an application to amend the breach of bail charge.

Chief Magistrate Ratuvili has remanded Lateef in custody until next Wednesday and he will deliver his ruling on that day.