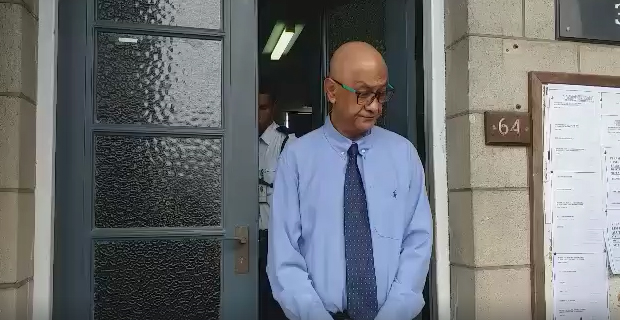 Former Suva lawyer, Shazran Abdul Lateef has told the High Court today that he would not be able to handle another month in remand.

Lateef told the court that he had been in remand for a month and that it was 10 days since his bail application was refused.

Lateef told the court that he is 58 years old and suffered from severe gastritis in remand but proper facilities were not available to treat him.

Justice Rajasinghe told Lateef that the remand centre has facilities and they can also take him to the hospital if the need arises.

Lateef's lawyer Filimoni Vosarogo had filed for a review of the bail ruling which was denied in the Suva Magistrates Court.

The case will be called on the 2nd of October this year for hearing.

The former lawyer is facing a count each of being found in possession of illicit drugs and breach of bail in this latest case.

Lateef was allegedly found with 0.0063 grams of methamphetamine at his Nailuva Road home on the 14th of last month.

This is the fifth case where Lateef has been charged and produced in court for possession of illicit drugs. He was bailed in the previous four cases.