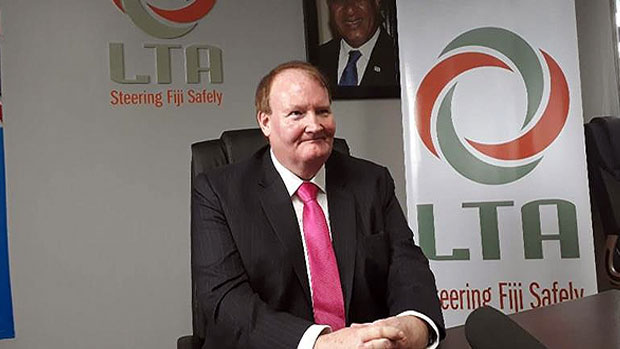 Land Transport Authority CEO, Samuel Simpson has rubbished claims made by the Fiji Taxi Association General Secretary, Ashwin Lal and some other taxi operators that Simpson had walked away from a meeting with the operators in Nausori earlier today.

Lal says they are not happy with the announcement made by the LTA CEO today that all taxis will need to have green and red lights at night.

Lal alleges that Simpson walked away from the meeting when he was questioned where the funding for the taxi sign lights will come from.

He says the main concern for taxis at the moment is the illegal operators and it is disappointing to see LTA is not doing anything about it despite having evidence of it.

Simpson has told Fijivillage that it is blatant falsehood that the Taxi Association General Secretary is claiming that Simpson walked out of the meeting.

Simpson says the meeting had concluded before he left and he had answered all the questions.

He also says that he had another meeting to attend to as well.

Simpson says that he had also made it clear that they will have consultations with the association before they have a redraw of the taxi permit lottery in Suva.