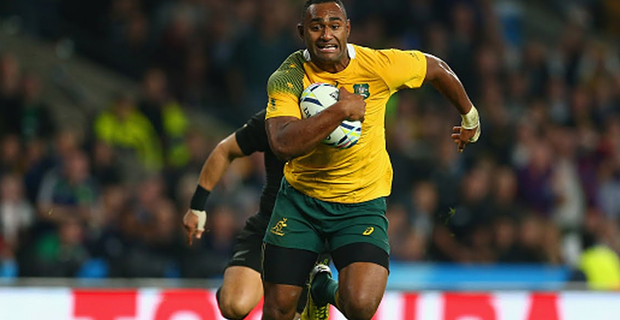 Wallabies coach Michael Cheika says centre Tevita Kuridrani who has a hamstring issue is on track to be available against Fiji in their Rugby World Cup opener.

Meanwhile, Australia’s lock Adam Coleman is staying out of contact training to protect his thumb ahead of the match against Fiji as a trio of snubbed players join the team to train in Japan.

Coleman hurt his thumb in the Wallabies win over Samoa in Sydney on Saturday but is expected to be available for the opening pool game next week.

But with the Rebels man being kept away from contact for two days as a precaution, Luke Jones has been called up to the team’s training base in steamy Odawara.

Tom Banks and Jack Maddocks — who also missed the 31‑man cup squad — are already with the team training in 30 degree heat.

Jones, Banks and Maddocks are allowed to train with the team until Saturday, when they will return to Australia and log gametime in the NRC.

The Rugby World Cup kicks off next Friday as Japan takes on Russia at 10.45pm.