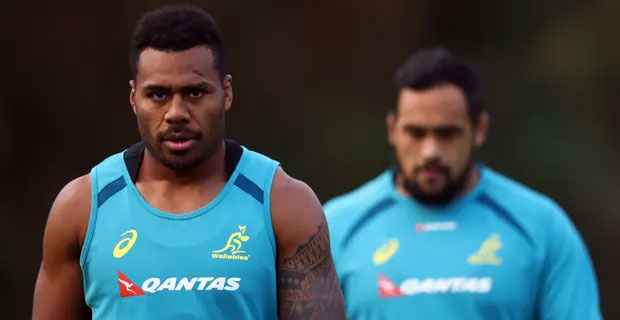 Wallabies Centre and Vice Captain Samu Kerevi says his family have a whole day program planned to wait for the game against the Flying Fijians this afternoon.

Kerevi told rugby.com.au his biggest personal challenge could come before kickoff if he tries to suppress his emotions on his Rugby World Cup debut.

This is Kerevi’s first game against the Flying Fijians and he says that staring down the Cibi will be a stirring personal moment.

Kerevi insists that his family in Viseisei in Nadi will be supporting the Wallabies.

The Rugby World Cup is a farewell to the green and gold jersey for Kerevi, who has signed a three‑year deal to play in Japan.

Fiji will face the Wallabies at 4.45pm this afternoon.

France and Argentina face off at 7.15 tonight while the All Blacks and Springboks clash at 9.45pm.

You can check out the full coverage of the Rugby World Cup on our website, fijivillage.com