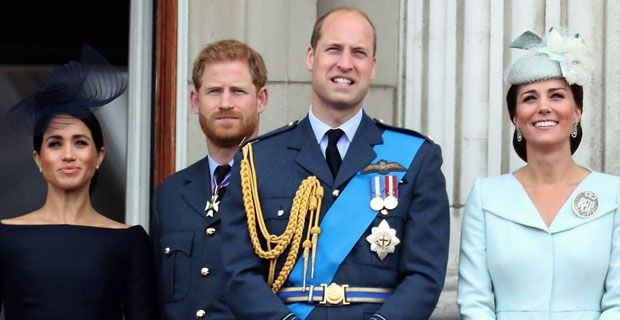 The Duke of Cambridge who is second in line to the throne says he is very sad that they will no longer play on the same team with his brother.

Prince William says he has put his arms around his small brother all their lives and he won't be able to do so anymore.

He says they are now separate entities.

ROYAL EXCLUSIVE: The Duke of Cambridge speaks of his “sadness” at the broken bond with Prince Harry and his sorrow that the royal family is no longer a “team”. Prince William: “I’ve put my arm around my brother all our lives and I can’t do that anymore...I’m sad about that.” pic.twitter.com/EfYytgrf0T

Prince William says all they can do and all he can do is to try and support his brother Prince Harry and hopes that time will come where they will all be singing from the same page.

He says he wants everyone to play on the team.

Meanwhile A Palace source had said that Queen Elizabeth II, along with prince Williams , prince Charles and Prince Harry are to sit down at Sandringham on Monday.

Reports says this will be the first time they will speak in person since prince Harry and Megan released their statement last Wednesday , announcing their plan to step back as senior members of the royal family.

Fiji’s seasoned diplomat and former Minister for Foreign Affairs, Ratu Inoke Kubuabola has been nominated as Fiji’s candidate for the position of ... 22 minutes ago