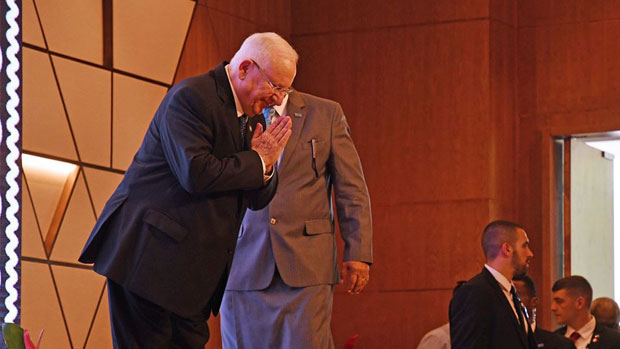 Israeli President, Reuven Rivlin has announced that Israel will offer 100 scholarships to Fijian and other Pacific Island students who wish to study Agriculture in Israel.

Rivlin says this will build on the successful pilot with students from Fiji and Vanuatu.

He also announced that Israel will open a centre for excellence and innovation for the Pacific Islands in collaboration with USP.

Rivlin says this collaboration will enable them to work together to apply Israeli innovations to pressing challenges such as food security, climate change, rise in sea level and public health.

He also says that he looks forward to welcoming Prime Minister, Voreqe Bainimarama to Israel.

Meanwhile, Fijian President, Jioji Konrote says that the relationship between Fiji and Israel has been further strengthened by Rivlin’s visit.

Konrote says the partnership that they have forged with Israel over the years is a glowing testament to how two countries at opposite ends of the Earth, while seeming so different on the surface, can find shared purpose and pursue common goals.

The President says he and Speaker of Parliament, Ratu Epeli Nailatikau served in the very first deployment of peacekeepers to the Middle East in June 1978.