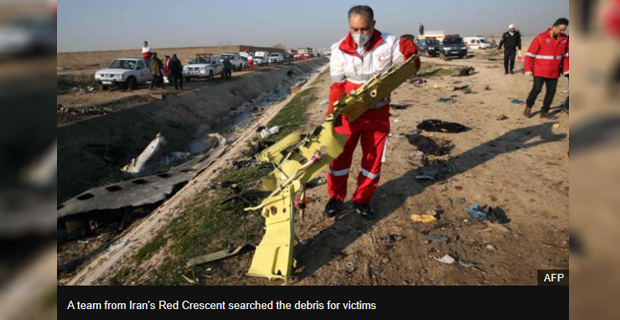 Iran has said it will not hand over black box flight recorders recovered from a plane that crashed with 176 people on board to manufacturer Boeing or to the US.

The Ukrainian Boeing 737-800 went down just minutes after taking off from Tehran's airport, leaving no survivors.

Under global aviation rules, Iran has the right to lead the investigation.

But manufacturers are typically involved and experts say few countries are capable of analysing black boxes.

The crash came at a time of high tensions between Iran and the US and just hours after Iran carried out missile strikes on two air bases housing US forces in Iraq. There is no evidence the two events are linked.

Fiji’s seasoned diplomat and former Minister for Foreign Affairs, Ratu Inoke Kubuabola has been nominated as Fiji’s candidate for the position of ... 11 minutes ago