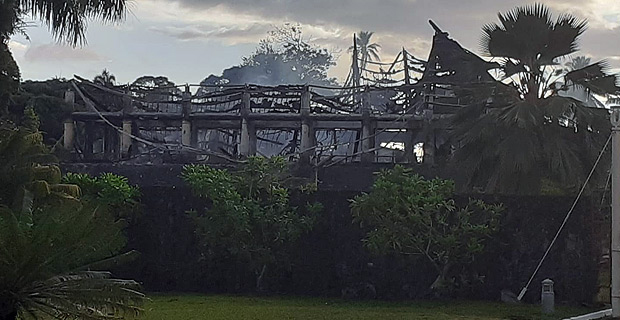 Firefighters were at the burning Vale ni Bose building or formerly known as the Great Council of Chiefs building at Queen Elizabeth Drive in Suva within 6 minutes of the call of the fire received at 3.40 this morning by the National Fire Authority however the building was already engulfed in flames.

Chief Fire Officer, Qionilau Moceitai says their investigation has started to determine whether there was a security guard at the building last night and early this morning and when the fire started.

The Suva Fire Station was alerted of the fire at the iTaukei Trust Fund Complex and the fire crew immediately responded.

NFA says the fire team quickly used two deliveries of water from the 20,000 litres Fire Tanker Truck and applied aggressive firefighting, preventing fire spreading to the attached offices  which is occupied by the Ministry of iTaukei Affairs and iTaukei Affairs Board as well as the Lands Department.

Three fire trucks from Suva and one from Valelevu Fire Station responded to the fire incident.

Twenty firefighters and 3 fire officers were at the scene this morning.

The firefighters are still at the scene to put out hot spots.

NFA will be conducting its investigation to determine the cause of the fire. 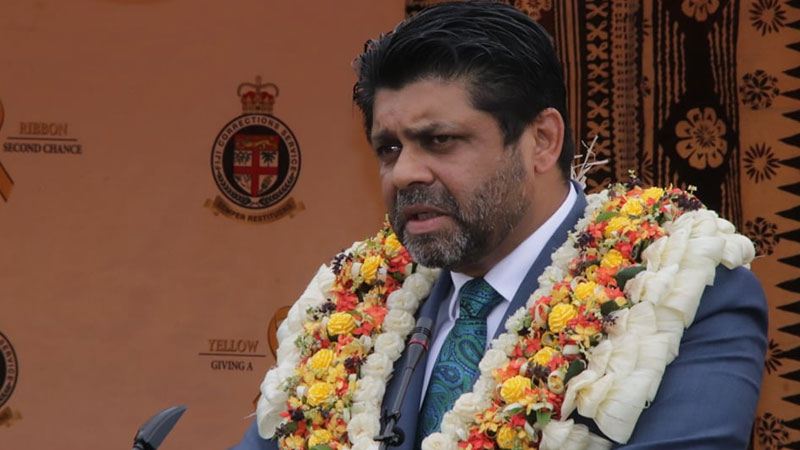 A man who was arrested for breaching curfew in Ba on Monday is also facing an additional charge of drunk driving. Police say the man was found ... 3 hours ago

Gas prices will increase from tomorrow. The Fijian Competition and Consumer Commission says a 13kg gas cylinder will now cost $33.69 from ... 5 hours ago