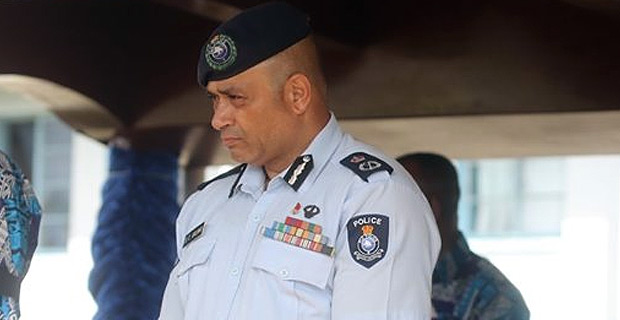 Police Commissioner Sitiveni Qiliho at at event earlier this year.

He had said that the Director of Internal Affairs is investigating whether there were attempts to cover up the issue by the officers allegedly involved.

Qiliho has given a deadline until this Friday.

Apart from the Internal Affairs investigation, the three police constables have each been charged with one count of Act Intended to Cause Grievous Harm and will appear in the Suva Magistrates Court this afternoon.

He sustained burns and has since been admitted at the Navua Hospital.

The Acting Permanent Secretary for Health, Doctor James Fong says the 66-year-old man who tested positive for COVID-19 after returning from India does... 15 minutes ago
LATEST NEWS

A Chinese fishing vessel which is alleged to have been carrying a dead crew member from May this year is stuck out at sea. An agent of the vessel ... 17 seconds ago