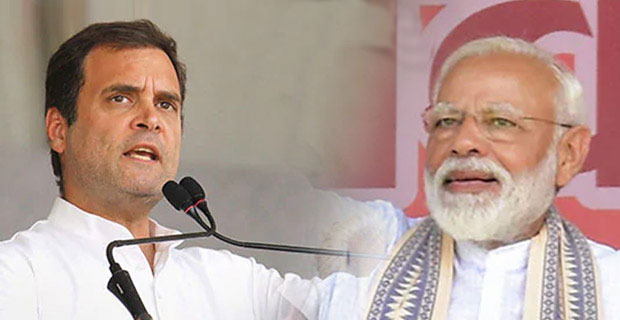 [Photo: NDTV] Rahul Ghandi and Narendra Modi during their campaigns

Indians will finally find out later today who won the general election after a long and bitter campaign.

Early trends show that the BJP is ahead in at least 140 seats while the main opposition Congress party is trailing far behind.

BBC reports exit polls have predicted a win for Modi, but analysts warn they have often been wrong in the past.

This election is seen as a referendum on Modi, a polarising figure adored by many but also blamed for increasing divisions in India.

A party or coalition needs at least 272 seats to secure a majority in the 543‑member lower house of parliament, or Lok Sabha.

This year, there were 900 million voters eligible to take part in seven rounds of voting, making it the largest election the world had ever seen.