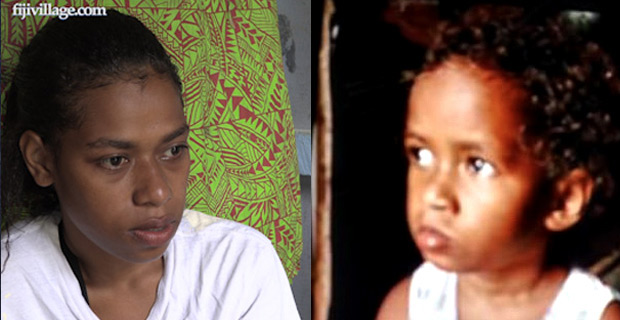 At this point in time , I just want to have my daughter back in my arms.

These are the words of Losalini Lalaia, the mother of 3 year old Talei Raikadroka who has been reported missing at the Lami Police Station on Sunday.

Sitting at her home in Kalekana Settlement holding Talei's younger brother, Lalaia says that she does not think Police are doing enough to find her missing daughter.

She says it took Police 3 days to actively search for her daughter.

Police Spokesperson, Ana Naisoro says the Deputy Police Commissioner had directed an investigation into the handling of the case as the matter was reported by the family on Sunday, a day after the child disappeared.

Naisoro says they had issued a statement about this incident and what was being done about their concerns.

Lalaia says a lot has been said about her daughter's whereabouts , but she still clings to the hope that her daughter is still alive.

Lalaia is requesting the public to pray for her daughter's safety and also help her in trying to find Talei .

Meanwhile, the Criminal Investigations Department is now investigating the disappearance of Raikadroka.

A missing person's report was lodged at the Lami Police Station on Sunday.

According to Police, Talei's grandfather woke up on Saturday morning and noticed her missing from their Kalekana home and assumed she had gone to her granduncle's home to have breakfast.

Please call the Southern Division Command Centre on 9905529 if you have any information that could help them locate the young girl.