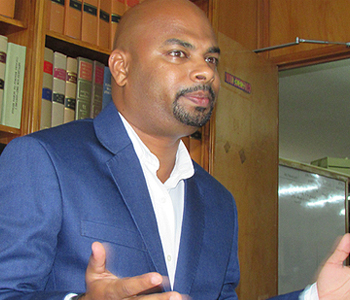 The Fiji Human Rights and Anti-Discrimination Commission will now investigate the guideline set by the Health Ministry that homosexuals cannot donate blood to the National Blood Service even if they have only one partner and practice safe sex.

Raj says immediate action needs to be taken as this is contrary to the constitution.

The Health Ministry says that homosexuals are seen as high risk donors.

Fijivillage raised this issue with the Health Ministry and the National Blood Service after we received confirmation that a man in his 20s was not allowed to donate blood during a recent blood drive due to his sexual orientation.

Whilst sharing his history with the Blood Service in front of other blood donors, the man was embarrassed when he was not given any reason on why he could not donate blood besides his sexual orientation.

No questions were asked as the National Blood Service official just assessed that the man is homosexual.

The man says that he was embarrassed because he was branded as a homosexual with the assumption that he has several partners although he only has one partner.

When questioned by Fijivillage, the Health Ministry says the World Health Organisation guidelines on blood transfusion recommend that donations of blood should not be accepted from people in a number of categories.

The Ministry says the purpose of excluding such people is to protect the donors themselves from potential risks of giving blood or to protect others from diseases that can be carried in donated blood.

The ministry stresses that Fiji is guided by WHO’s expert advice on blood transfusion.

In order to avoid intrusive questioning, including questioning about individuals’ sexual behaviour, anybody in the categories is asked to self‑exclude from donating blood.

The Fiji Airways Men’s National 7s team scored 5 tries in their second pool game as they beat Spain 29-19 at the London 7s. In a slow first half,... 2 hours ago
LATEST NEWS

SODELPA leader, Viliame Gavoka says a SODELPA Government would dialogue and enhance partnerships with Australia in areas of mutual interest such as ... 8 hours ago

The brand ambassador of FJFWxPalmolive 2022, Evlyn Mani says the models worked very hard and have inspired other aspiring models. She says the ... 9 hours ago

Being part of the Suva Flea Market Bazaar today has helped Vileshni Lata Singh earn extra income to support her family. Singh who lives in ... 9 hours ago

A group of people have come from Nadroumai Village in Nadroga to support Swire Shipping Fijian Drua centre Kalaveti Ravouvou against the Chiefs in ... 13 hours ago

Model, Meresiana Vatavesi from Ba who took part in her first Fiji Fashion Week last night says she is following in the footsteps of her sister, Sera ... 13 hours ago
More News
TOP