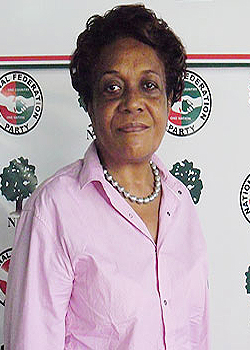 The Suva High Court has dismissed the application filed by proposed candidate for the National Federation Party, Makereta Waqavonovono to determine her eligibility to be nominated as a candidate for the September 17th General Elections.

High Court Judge Justice Kamal Kumar said the jurisdiction or power to determine pre-election matters such as registration of voters, registration of political parties and nomination of candidates and so on are granted to the Supervisor of Elections and the Electoral Commission whereas the jurisdiction to determine disputes post-election is granted to the Court of Disputed Returns which is the High Court of Fiji.

According to the Electoral Decree, a person is eligible to be nominated as a candidate for election to Parliament only if the person is ordinarily resident in Fiji for at least 2 years immediately before being nominated.

It was also highlighted in court that there is a gazetted amendment to the Electoral Decree which states that a person shall qualify to be ordinarily resident in Fiji for at least two years immediately before being nominated if that person has been present and living in Fiji for an aggregate period of not less than 18 months out of the two years immediately before being nominated.

It is understood that Waqavonovono was out of the country for studies for one year.

Justice Kamal Kumar said that this relief is a clear abuse of court process in that there is not frailest of evidence that the defendants or its officers’ servants or agents have in any way interfered with Waqavonovono’s right to seek nomination as a candidate.

The defendants in this matter are Chairperson of the Fijian Electoral Commission, the Supervisor of Elections and the Attorney General and Minister for Elections.

Justice Kumar has also ordered Waqavonovono to pay $3000 costs jointly to the Supervisor of Elections and the Attorney General and Minister for Elections.

A 16-year-old girl is one of 18 people arrested from 11 o'clock last night to 4 o'clock this morning for allegedly breaching curfew restrictions. ... 16 hours ago
More News
TOP