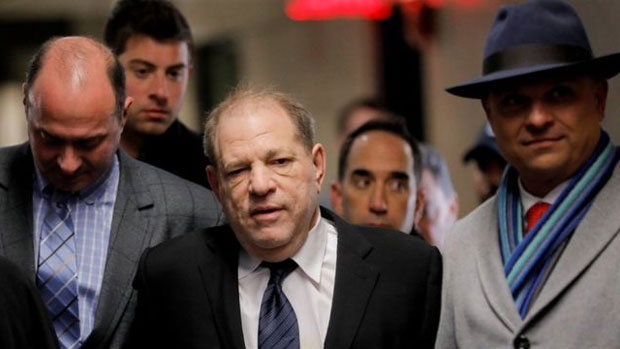 The trial of ex-movie mogul Harvey Weinstein has begun with graphic prosecution statements on his alleged crimes.

Prosecutor Meghan Hast said Weinstein was a "seasoned" sexual predator with vulnerable actresses as his prey.

His defence team said his actions were consensual, including in one "loving" relationship.

He could face life behind bars if convicted.

The trial is expected to conclude in early March.

Once one of Hollywood's most decorated and lauded producers, Weinstein has been accused of sexual misconduct by more than 80 women - allegations which helped drive the #MeToo movement.

But few of the complaints have led to criminal charges.

Last week, a judge told potential jurors that they must decide Weinstein's case based on the evidence and not make it "a referendum on the #MeToo movement".