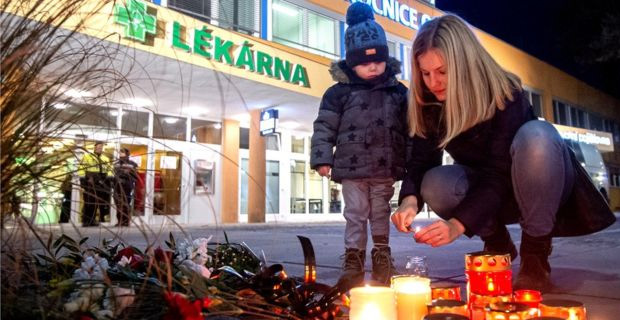 A gunman has killed six people in a hospital waiting room in the Czech city of Ostrava before shooting himself.

The gunman was believed to be a patient at the hospital.

Four men and two women were killed and three other people were wounded, two seriously.

All of the victims were patients at the hospital.

Australia's second-largest city has begun a second lockdown in response to a spike in new coronavirus infections. Melbourne's five million ... 18 minutes ago

A man who drugged, abused, and raped a woman at a hotel in Nadi has been sentenced to 10 years imprisonment by High Court Judge Justice Chamath ... 31 minutes ago

The French Ambassador to Fiji Jean Francois Fitou is calling for people to play their part in supporting market vendors as they take part in this ... 1 hour ago

Eight people escaped serious harm this morning after a road accident involving three vehicles at Lobau Road in Navua. The driver of the vehicle ... 1 hour ago

Ivory Coast's Prime Minister Amadou Gon Coulibaly has died after falling ill at a ministerial meeting. The 61-year-old had been chosen as the ... 2 hours ago
More News
TOP