Great opportunity for Fijian farmers in Sheep and Goats - Reddy

Great opportunity for Fijian farmers in Sheep and Goats - Reddy 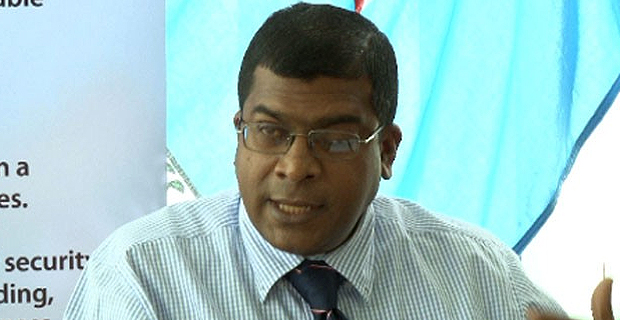 This was stated by the Minister for Agriculture Dr Mahendra Reddy while opening a project-planning workshop in Nadi.

Reddy says there has been a rising preference for sheep and goat meat by both Fijians and tourist and this is a great opportunity for Fijian farmers.

The ministry's budget increased by $10.5 million in the last financial year where they were allocated $96.8 million.

He adds that sheep and goat farming is one of the major livestock commodities in Fiji where it has significant importance to Fijians.

He adds from the sheep industry, two tons of meat were produced from formal markets while 100 tons from informal market.

The workshop was organised by the Australian Center for International Agricultural Research.

$200,000 was allocated for goat extension in the 2018/2019 budget to supply quality breeding stock to cluster groups and commercial goat farms.

A further $1 million was allocated to establish Fiji’s goat meat industry through the provisions of services and infrastructural development.