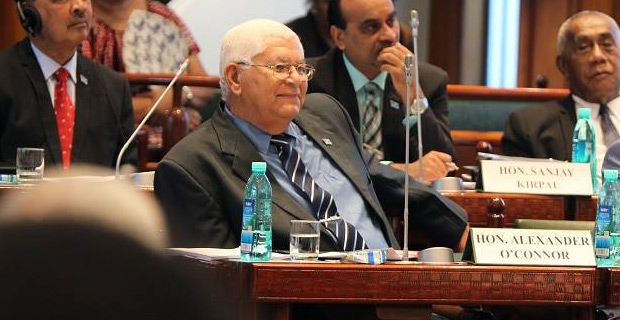 Assistant Minister for Health, Alexander O’Connor says government’s move to have everyone being called Fijian is equal citizenry.

While responding to the President’s opening address in Parliament, O’Connor says the name is universal just like American’s, Australian’s, New Zealander’s, French and German.

He says in bringing about equal citizenry, government has extended public utilities, infrastructure and services through out the country to include the disadvantaged and those living in the rural areas and outer island.

O’Connor says to see the Prime Minister put smiles on the faces of Fijians living in the some of the most rural and remotest areas in Fiji through development is indeed priceless.

He says the key to this is the foundation of the road map and that is the peoples charter for change , peace  and progress which was complied through a unprecedented  nation wide consultations process and endorsed by the president in December 2008 for implementation.

The Acting Permanent Secretary for Health, Doctor James Fong says the 66-year-old man who tested positive for COVID-19 after returning from India does... 45 minutes ago
LATEST NEWS

A Chinese fishing vessel which has been carrying a dead crew member from May this year is stuck out at sea. An agent of the vessel has told ... 30 minutes ago