Game of Thrones has one final chance to achieve Emmy glory

Game of Thrones has one final chance to achieve Emmy glory 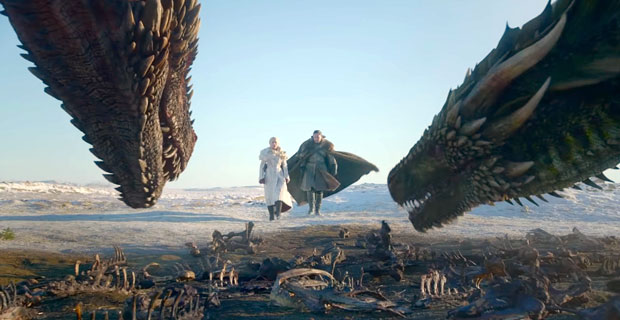 Game of Thrones will have one final chance to achieve Emmy glory as television's best and brightest prepare for this year's US awards ceremony tomorrow.

It has 14 nominations in seven categories.

The 32 Emmy nominations Game of Thrones received in July was the highest total for any programme in a single year.

The ceremony in Los Angeles will also see Killing Eve stars Jodie Comer and Sandra Oh compete for the best lead actress in a drama award.

More than 25,000 members of the Television Academy vote for the awards, which were first presented in 1949.

The name Emmy derives from an early piece of TV equipment called the image orthicon camera tube, nicknamed the Immy.

Lead actor in a drama series

Sterling K. Brown ‑ This is Us

Milo Ventimiglia ‑ This is Us

Lead actress in a drama series

Viola Davis ‑ How To Get Away

Mandy Moore ‑ This Is Us

Lead actor in a comedy series

Lead actress in a comedy series

Christina Applegate ‑ Dead to Me

Lead actor in a limited series

Jharrel Jerome ‑ When They See Us

Lead actress in a limited series

Aunjanue Ellis ‑ When They See Us

Niecy Nash ‑ When They See Us

When They See Us