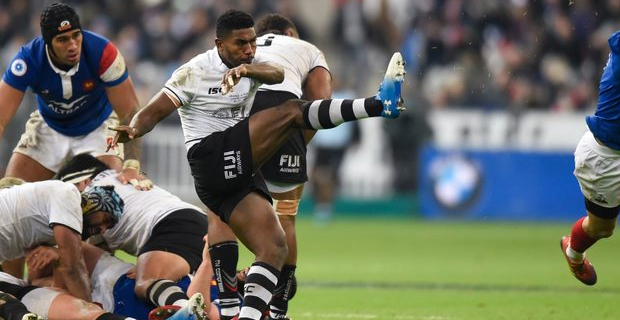 Fiji Airways Flying Fijians halfback Frank Lomani says playing professional rugby was never his father’s dream who wanted him to play soccer since he used to get serious injuries during his rugby days.

Lomani who will be making his Rugby World Cup debut this afternoon says this did not deter his passion for rugby as he used to run away from home on Saturday’s to play rugby with his friends.

He says he will be up against the best halfbacks in the world, so he needs to perform his best to make his father, family and the nation proud.

Fiji will face the Wallabies at 4.45pm tomorrow.

France and Argentina face off at 7.15pm Saturday while the All Blacks and Springboks clash at 9.45pm Saturday.

On Sunday, Italy and Namibia play at 5.15pm, Ireland and Scotland face off at 7.45pm Sunday while England clash with Tonga at 10.15pm Sunday.