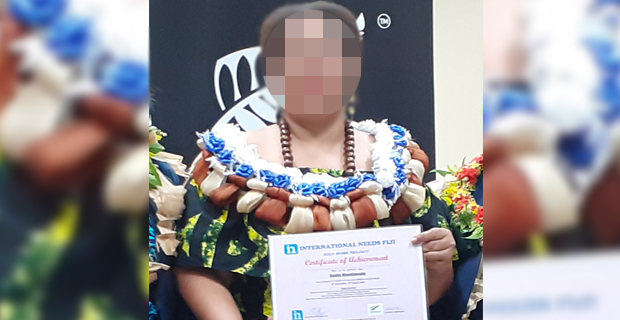 A 39-year-old single mother who witnessed domestic violence at the age of 8, allegedly became a victim of domestic violence and sexual abuse and later became a prostitute has turned a new chapter in her life as she graduated with a baking certificate in the Solo Moms Training Project.

She is one of the 19 women that graduated with 20 weeks of skills and life skills training in Suva.

The woman says she got married at the age of 18 and she alleges that her ex-husband used to beat her up and sexually abuse her where he locked her up with her son whenever he went somewhere until he returned home.

She says she had to go back to her parents because she could not tolerate the torture anymore.

The woman says before joining the Solo Moms Programme, she came to a stage in her life where she had lost all hope because there was no one to support her 4 children.

She says she was working as a house girl to feed her family but her pay was as low as $70 a week which could not cater for the household expenses.

The woman says sometimes there was no food for her 4 children which led to her becoming a prostitute to provide for her family.

She says she also beat up her kids for what she was going through but the training and counseling provided by the Solo Moms Group has enabled her to get out of the trauma she had gone through.

She says her family is currently staying in a one bedroom house which is leaking and she plans to build a house with the income she will generate by starting up her new business of baking and selling cupcakes.

The Solo Moms Project has supported 54 mothers since 2013 and is funded by International Needs, New Zealand.

The Solo Moms Project assists women who do not have any steady source of income, are unemployed, live with extended families and are young single mothers.