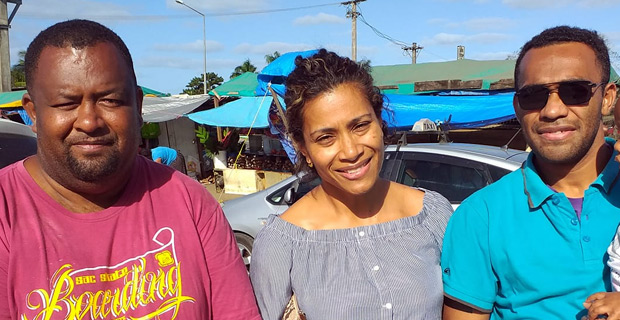 A former parliament staff, Waisale Tavatuilagi will not have his employment terminated by the United Nations Development Programme (UNDP) but will no longer work for parliament.

Tavatuilagi was a former parliament staff contracted by UNDP and was placed in parliament for the UNDP parliament support project as a video editor and cameraman.

Two Parliament staff, Iliesa Raiduduva and Waisale Tavatuilagi had earlier said on social media that they were forced to resign after the video of the Prime Minister confronting NFP President Pio Tikoduadua within the parliamentary precincts on August 9th this year, was leaked online.

SODELPA MP, Lynda Tabuya has confirmed to Fijivillage that the UNDP and parliament had a meeting yesterday and then met with Tavatulagi informing him that he is no longer working in parliament but UNDP will retain his job and allocate him to other projects.

Meanwhile, Tabuya confirms that the other former parliament staff, Iliesa Raiduduva has met with the Fiji Trades Union Congress and with their assistance he will file his case at the Ministry of Employment.

Tabuya says since Tavatuilagi has got his job back, all the funds that were raised through the GoFundMe page or deposited into their bank accounts will be given to Raiduduva. $3,913 has been donated so far.

We are still trying to get comments from the Secretary General to Parliament, Viniana Namosimalua. She has not said anything to us since Saturday.