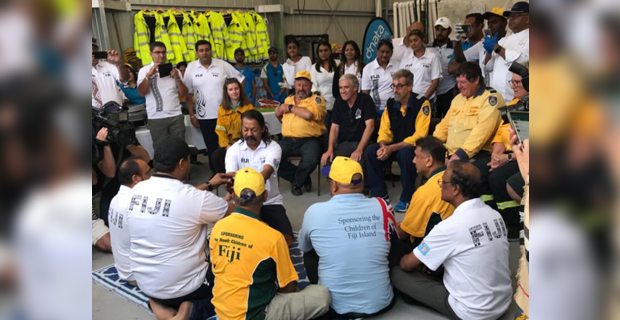 Former Fiji residents now residing in Australia have come together to help the victims of the Australian bushfires.

The group is made up of a charitable organisation known as Yaadein Vision Group and other Fijian clubs of Australia.

Speaking to Fijivillage, International Director of Yaadein Vision Group, Bobby Mishra says about 60 former Fiji residents living in Sydney got behind the Australian bushfire relief work in Wollondilly and Bargo which are near Sydney.

He says they called it The Fiji Community on the Move Helping the Australian Bushfire Victims.

Mishra says there were two phases through which they helped, the first of which was last week where they provided two weeks worth of food to the victims of the bushfires.

He adds they also went door to door and spoke to individuals.

In the second phase, the group provided meals to the firefighters helping fight the bushfires.

The group began with a prayer ceremony for rain and for those affected by the fires. They also had a kava drinking ceremony.

CFL has decided to start this appeal as Australia being one of our closest neighbours is going through one of the most difficult times in its history as almost 2,000 houses have been destroyed in months-long bushfire crisis and at least 26 people and millions of animals have died since September last year.

The appeal closes at 6pm this Saturday.

The results for all 24 players that were tested for marijuana, methamphetamine and cocaine use during yesterday’s group matches at the Punjas ... 9 minutes ago