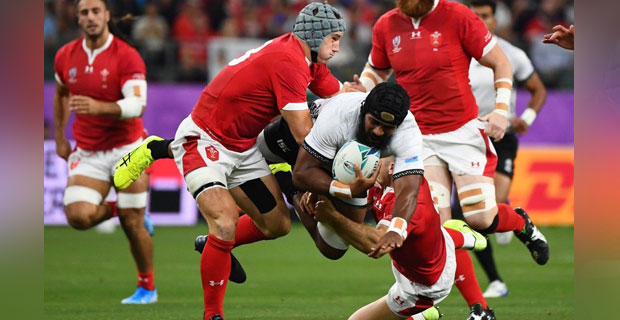 A strong start from the Fiji Airways Flying Fijians was not enough as they went down 29-17 to Wales in their last pool match of the Rugby World Cup.

Fiji started off with two tries from Josua Tuisova and Kini Murimurivalu in the first eight minutes of the first half.

Wales answered with two converted tries to lead 14-10 at half time.
Semi Kunatani and Tevita Cavubati got a yellow card while Wales Ken Owens and James Davies also received the same card from referee Jerome Garces.

Wales came backfiring in the second half, scoring another two tries sealing their victory and a spot in the quarterfinals.

Semi Radradra was named the player of the match.

With this loss, Fiji remains in third place in their pool with 7 points, Australia is now in second with 11 points while Wales is in first place with 14 points.

In other results, Argentina defeated USA 47-17 and Scotland thrashed Russia 61-0.

Australia and Georgia face off at 10.15 pm this Friday.

The government developed two web platforms through the Geographic Information System (GIS) to better plan and mobilise resources during the COVID-19 ... 56 minutes ago